The Robert T Freeman Dental Society is the Founding and local component of the National Dental Association. The organization was conceived during the turn of the twentieth century when blacks were not admitted to local white dental associations. On November 14, 1900, the Washington Society of Colored Dentists was formed. Toward the end of the first decade of its existence, the name was changed to honor the first Black American to receive a doctorate degree in dentistry -Dr. Robert T. Freeman.

The objectives of the Robert T Freeman Dental Society were and still remain to create fellowship, to cultivate the highest degree of excellence in the science and art of dentistry and to provide programs of continuing education for its membership and the community it serves.

For almost fifty years, the Society fought valiantly to appoint a black dentist to the Board of dental Examiners of the District of Columbia. This battle was won in 1950.

Many of the members who formed the pillars of the Society also participated in the development of Howard University College of Dentistry’s curriculum. As a result of their work, many of our members have gained national prestige and recognition in the field of dentistry.

Membership in this Society is open to all dentists practicing, teaching, and/or residing in the Washington DC metropolitan area. The membership roster includes hundreds of minority dentists who represent practitioners of general dentistry and all of the dental specialties. Our members currently mentor to the National Dental Students Association. 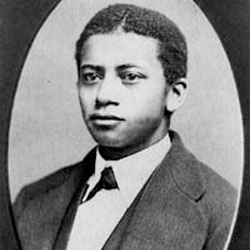